Remains of 27 Iberian-Roman equids in Lleida

New studies have been started focusing on the diet of the 27 equids intentionally deposited in the Ibero-Roman silos of the Serrat dels Espinyers, next to the old Aeso

Aeso, now Isona, was the most northwestern Roman city in Catalonia 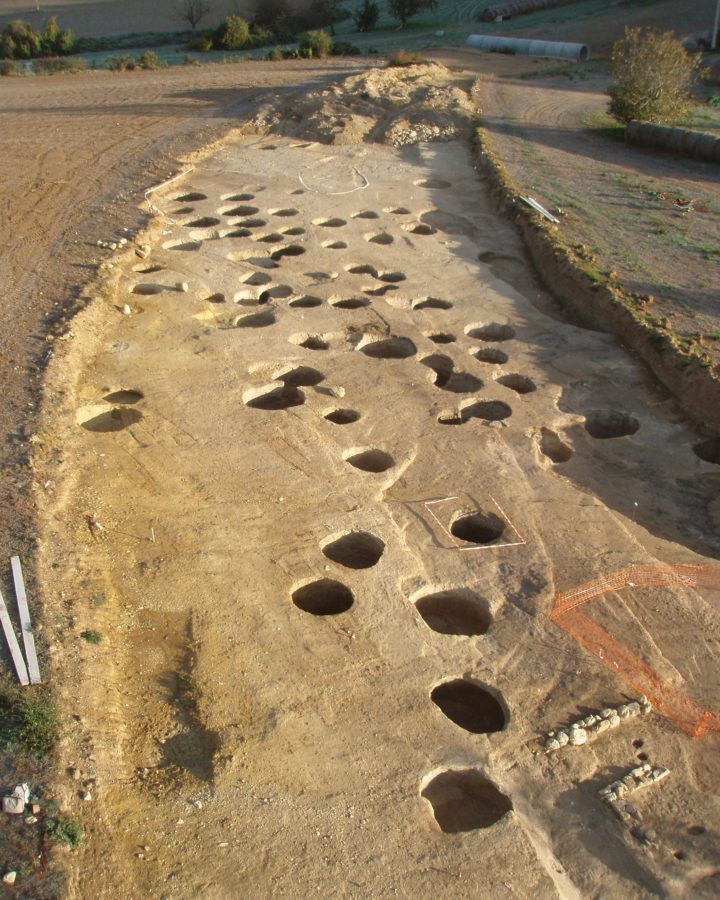 Coinciding with the four-year project of the Generalitat de Catalunya: Dinàmiques de la Ciutat i del Terri d’Aeso (Pallars Jussà) in the Iberian and Roman times, and with the financing of Analytical Aid 2019 from the PALARQ Foundation, new studies are initiated focused on the diet of the 27 equids intentionally deposited in the Ibero-Roman silos of the Serrat dels Espinyers (Isona and Conca Dellà, Pallars Jussà, Lleida), with the objective of determining their origin and management.

Within the framework of the archaeological research carried out in the Pallars Jussà, new methodologies have been applied for the knowledge of the diet of the remains of equids found in the site of the Serrat dels Espinyers. They are based on the analysis of the stable isotopes of Carbon and Nitrogen and on Proteomics (peptide footprint).

The project to be carried out in 2020, financed by the PALARQ Foundation, is scientifically endorsed by la Universidad de Barcelona, with the collaboration of the Conca Dellà Museum and the Isona i Conca Dellà Town Hall. It will be developed by members of the team, Dr. Ignasi Garcés Estallo, Associate Professor of Ancient History, Department of History and Archaeology, University of Barcelona; Dr. Sílvia Albizuri Canadell, archaeologist attached to the SERP, Section of Prehistory and Archaeology, Department of History and Archaeology, University of Barcelona; and Cristina Belmonte Santiesteban, archaeologist and director of the excavations of the Serrat dels Espinyers.

The antecedents begin with the preventive archaeological intervention carried out on the occasion of the construction of the variant of access to Isona from road C-1412b, between June 2009 and February 2010. At that time there was no stable research project until 2018 when Aeso was created. Archaeological Research Project (Universidad de Barcelona). The Serrat dels Espinyers site is located southwest of the town of Isona, and corresponds to an area of activity outside the walls of the Roman city of Aeso, which is only a hundred metres away.

Aeso was the most northwestern Roman city in Catalonia and, although it has provided the richest epigraphic ensemble in the Catalan interior, its archaeological exploration is still in its infancy. It is known to be a continuation of an Iberian oppidum, active since at least the fourth century BC that has its exponent in the silos of the Serrat dels Espinyers. At the beginning of the 1st century B.C., a Roman city with a hexagonal plan was designed, which reached the rank of Roman municipality in the second half of the 1st century A.D., experiencing great splendour and urban expansion until well into the 2nd century A.D., before decaying later.

In the excavation of the Serrat dels Espinyers different phases of occupation were documented, which motivates the present study are 23 Ibero-Roman silos (250-40 B.C.) where large quantities of archaeofaunistic remains appeared, interpreted by the later archaeozoological study as intentional deposits of ritual character. Most of them are composed of skeletons of equids and dogs in an anatomical connection, although in one case a burial of an adult man together with an entire equid and other remains of offerings was documented. 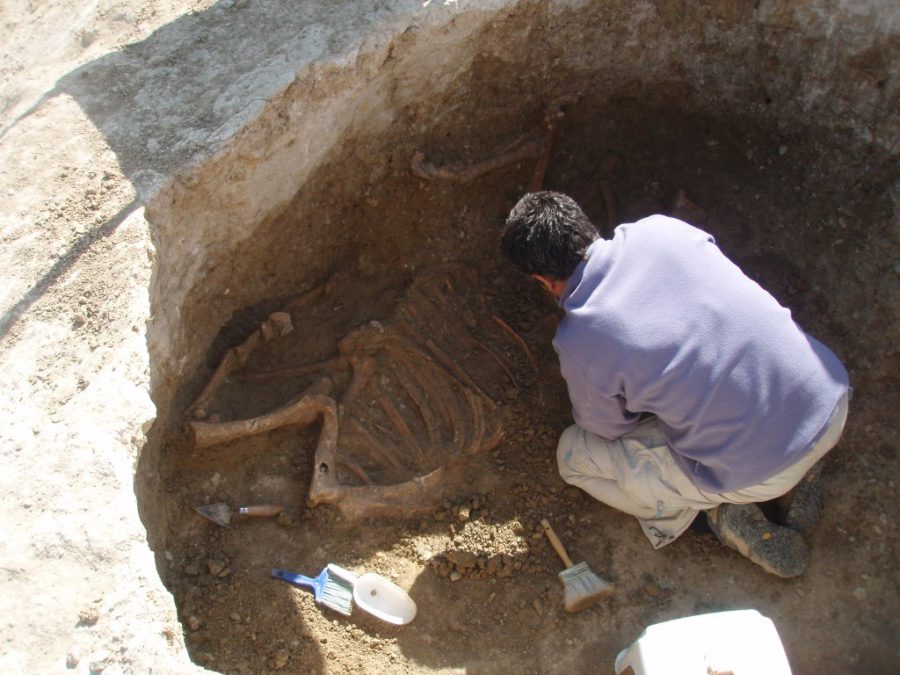 Equid’s skeletons in the silo 1177 in the process of excavation. Photo: Roser Arcos

Twenty-seven equids have been identified and the morphometric study indicates the majority presence of mules, as well as some horses and donkeys. This fact leads us to an efficient management of the equine herd in the production of hybrid specimens, more suitable for trawling and transport work, which could be related to an agricultural production centre. Another hypothesis that we contemplate, and that we need to verify by means of the analysis of the present project, is that these deposits of equids are in relation with the Roman military organization prior to the creation of the Roman city. This would justify the numerous presence of mules, because these hybrids are more characteristic of military equipment than of an Iberian production centre.

This information leads us to propose a new line of work. The analysis of the peptide footprint biomarkers will allow assigning the species in the 27 equids with greater reliability than the previous osteomorphometric study, since these are not very differentiable.

Finally, the study of the diet through stable isotopes of Carbon and Nitrogen (δ13C and δ15N) will allow to observe differences or not in the feeding of the specimens. The percentage of cereal in the forages will show whether the equids came from a single livestock or from several. In other words, we will be able to observe whether there were different breeders or, if the relationship with the military camp located on the outskirts of Aeso is confirmed, whether the Roman army itself was the manager of that sacrificed equine hut.