What is cinnabar? The pigment of Roman mural painting

Characterization of the geological origin of cinnabar pigments used in Roman mural painting in the northeastern quadrant of Hispania.

Cinnabar is a mineral of the sulphide class, characterized by a beautiful vermilion colour that, once reduced to dust, produces one of nature’s most valued red pigments. 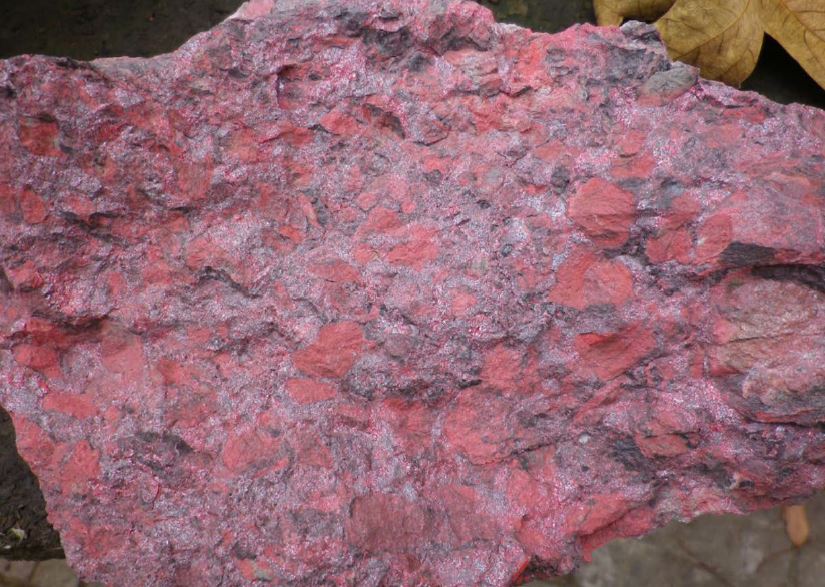 Fragment of cinnabar from the mine of Las Cuevas (F. Palero Fernández and L. Mansilla Plaza)

In the last twenty years, and especially in the last decade, the Iberian Peninsula has witnessed a growing series of cinnabar finds in prehistoric chronological funerary contexts that raise an interesting debate about the function of the red mineral and its consistency as an indicator of ritual practices, at the same time as a product loaded with symbolic significance in mortuary language. But it will be in Roman times when the mineral registers a greater protagonism endorsed by the references of classic authors such as Vitruvius or Pliny. The path of research on the use of cinnabar in antiquity largely supports the application of various analytical techniques aimed at both the identification of the mineral and the determination of its geological origin, so that these studies, integrated in the field of archaeometry, have a markedly interdisciplinary character.

In Roman times it is Pliny who informs us that the most important mine, due to the high incomes it provided to the State, was that of Sisapo, in Andalusia. Thanks to the archaeological research carried out since 1981, we know that the city of Sisapo is located in La Bienvenida (Almodóvar del Campo, Ciudad Real) while the cinnabar mines managed from this nucleus were in the region of Almadén, a place that accumulates the largest planetary reserves of this mineral. Although the mine was owned by the Roman State, the management of the exploitations was in charge of a leasing company (societas sisaponensis). The farms had to remain active until the end of the 2nd century or the first decades of the 3rd century A.D., when obvious signs of abandonment of the nucleus have been documented, which will later be the object of successive occupations with a model far removed from the classical city order. However, in the Roman world, not only are there records of mines in Sisapon, but there are also smaller deposits in Hispania itself, in the north of León and in the south of Asturias or in the area of the Alpujárrides in Granada, and in the same way they are found in other places on the European continent such as Monte Amiata (Italy) and Idria (Slovenia). 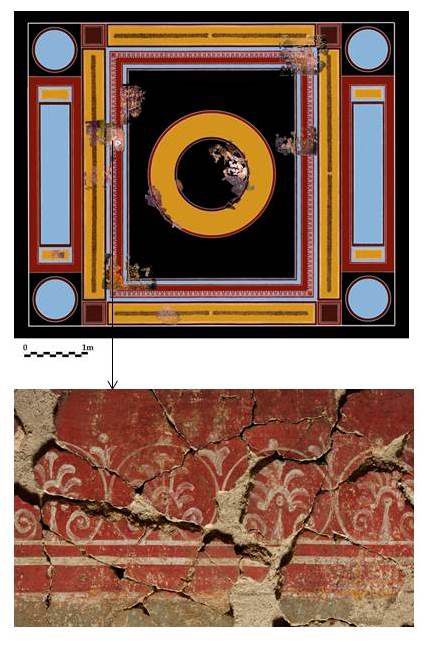 The identification of cinnabar in Roman wall painting has been carried out using an analytical technique known as energy dispersive X-ray fluorescence (EDXRF) that has been applied for three decades. This technique allows the identification of the different red pigments used by the pictors and also to obtain markers of economic and social status associated with cinnabar because of its high price. According to Pliny, 70 sesterces cost the pound and the price was established by law, being among the most expensive colors; if we compare it with other types of reds, such as the sinopis which cost between 30-48, we can calibrate the difference in price between painting a wall with vermilion or with the characteristic red ochre.

A great step forward in the search for information based on archaeometry is to try to establish the geological origin of the mineral used in the paintings of different sites. To this end, an analytical route that is providing good results in recent years is the study of the isotopic composition of 206Pb, 207Pb and 208Pb present as impurities in mercury minerals to cross with the characterization of reference deposits. Other techniques are added to this technique, such as the characterization of sulphur isotopes or Raman spectroscopy. Taking these possibilities into account, the main objective of this project focuses on establishing the origin of cinnabar used in the paintings of Hispanic deposits in the NE quadrant of the peninsula, as well as the study of the production and marketing this cinnabar and the possible activity of other mines not mentioned by classical sources.

In order to achieve this objective, paintings from three sites have been selected, using as an essential criterion a majority use of cinnabar. Two pictorial sets come from the Caesar Augusta colony (Zaragoza). A roof of the triclinium of a domus excavated in Añón street and dated around the middle of the 1st century AD and which, for the time being, is the oldest testimony to the use of cinnabar in the colony and a painted wall found between the fillings in the river port area, which we date from the 2nd century.

Finally, La Villa dels Munts (Altafulla, Tarragona) has become a reference point for the study of 2nd century painting in Hispania, given the quality of the remains preserved. The ceiling of cubicle 2.8 is presented as a unicum from the Antonine period, both for its technical quality and its iconographic cycle, with the allegorical representation of the four seasons accompanied by two dancing maenads, and its ornamental repertoire that invades all areas of the ceiling. A second ensemble from the same period resumes earlier schemes, with the representation of a central edicule, whose background is painted in cinnabar red, flanked by different architectural structures, on whose bases support two agonistic crowns with titles written in Greek picti picti, which refer to the games of Actio and the Nemeos. 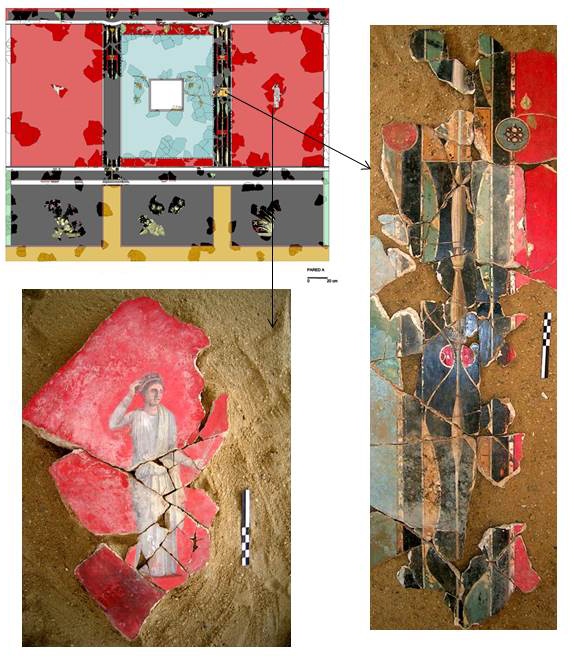 Restitution of the paintings of a room of the domus III of Bilbilis (Calatayud, Zaragoza) (Lara Íñiguez Berrozpe)

The studies carried out on the city of Sisapo, as well as on the use of cinnabar in painting denote the possibilities offered by the study of this pigment and not only in relation to technical aspects, but also to the understanding of marketing networks, definition of workshops and their circuits of work, aspects that are, in short, the fundamental objectives of this project.