Following in the footsteps of transhumance in antiquity

The project ‘Following in the footsteps of transhumance in antiquity: study of livestock farming practices and cultural landscapes in the eastern Pyrenees through archaeozoology (Institut Català d’Arqueologia Clàssica) investigates the livestock farming that was practiced in mountain areas in pre-Roman and Roman times (5th to 3rd centuries AD) and the local, regional or interregional character of these highland livestock practices. 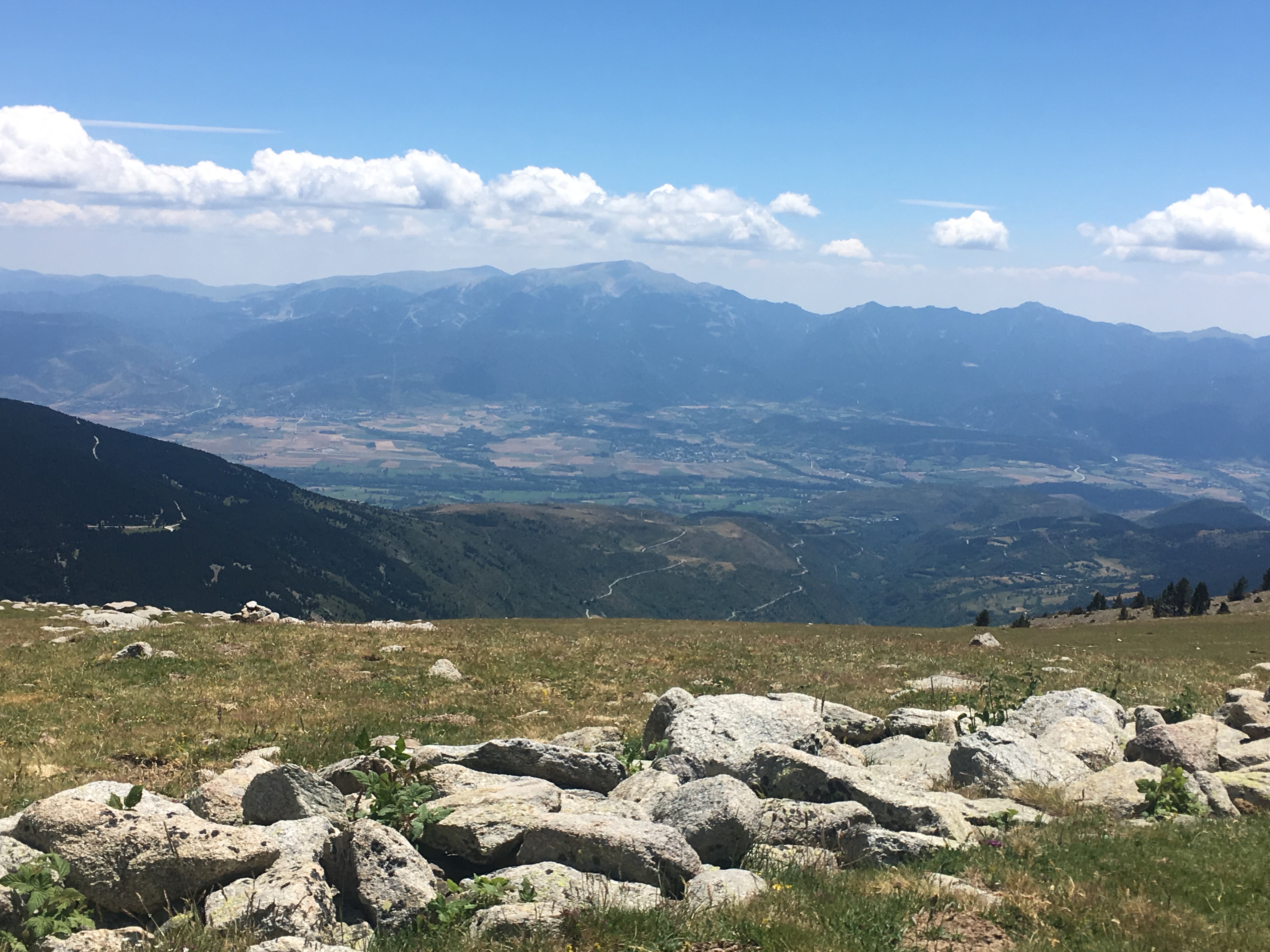 Views of the Cerdanya from the Molleres pass (Meranges, eastern Pyrenees) and the remains of an ancient livestock structure in the foreground. Author: Lídia Colominas

One of the topics that is being particularly emphasized is the study of the origin of transhumance, since we currently know of its extensive use in medieval times, but we have no record of the beginning of this ancient practice. In the south of France and Italy there are various indications (large enclosures, legal documents and epigraphic testimonies) that show both the practice of animal mobility between different areas and the existence of a regulation of this activity, which lead us to propose that this practice could have its origin in Roman times.

From this project, we are investigating for the first time this historical problem through the study of the faunistic remains recovered in several archaeological sites (Llívia, Llo, Mas Castellar de Pontós or Empúries among others) located in two environments that have been historically connected by one of the oldest transhumant routes in the Iberian Peninsula: the Eastern Pyrenees and the coast of the northeast of the peninsula (Empordà plain).

One of the techniques we have applied is Geometric Morphometry. This technique, which allows the morphological comparison of the animals’ bones through the detailed study of their size and shape, has revealed very important morphological differences in the sheep at a temporal level (between the pre-Roman and Roman periods) but also at a spatial level (between the plain and the mountain) during the pre-Roman period. These differences disappeared in the Roman period. These data suggest the existence of livestock links between the Empordà plain and the Eastern Pyrenees during the Roman period which could involve animal movements between the two areas, not previously documented.

Through the funding granted by the Palarq Foundation we will be able to carry out various analyses of ancient DNA that will allow us to interpret these morphological changes in the animals and to understand the nature of these livestock practices. We will carry out analyses of mitochondrial DNA in order to know the genetic diversity of the individuals under study and to compare this diversity both at a temporal level (pre-Roman and Roman periods) and at a spatial level (plain-mountain). This analysis will also allow us to know if during the temporal interval under study the genetic reserve changed/expanded. Therefore, it will allow us to know if the documented morphological differences can be linked to an import and/or a population movement of animals. We will also perform nuclear DNA analysis to know which genes associated with a livestock selection, linked to wool, milk and/or meat production, predominate in the individuals under study. This analysis will allow us to know if the morphological change documented in sheep from Roman times onwards can be associated or not with a conscious livestock selection of certain traits, with the aim of improving certain sheep production, such as wool, milk or meat production.

These aspects are extremely important, as they will make it possible to document the degree of integration or isolation of the communities established in these mountain areas in relation to the plain during the pre-Roman and Roman periods, and to highlight issues that have been crucial to the economic development of the territory, such as transhumance.