In October 5 , the Tell el-Far’a project team will head to Palestine for the third excavation campaign 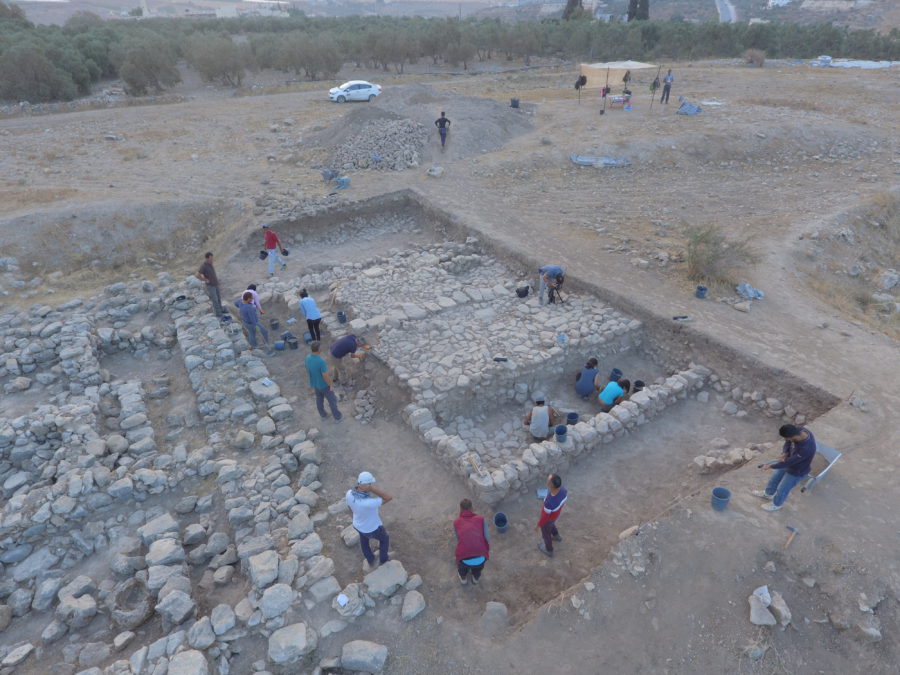 Tell el-Far’a is an archaeological site located northeast of the city of Nablus (West Bank), which the American orientalist William Albright proposed to identify in 1931 with the ancient biblical city of Tirsá (cited up to 17 times in the Old Testament). Subsequently, Father Roland de Vaux, director of the École biblique et archéologique française in Jerusalem, developed in Tell el-Far’a a a laudable archaeological research project between 1946 and 1960. The French team’s nine excavation campaigns documented a long historical sequence consisting of seven major periods: between the Preceramic Neolithic and the Iron Age (ca. 8500-600 B.C.).

Tell el-Far’a is, because of its indisputable historical relevance, a place worthy of new archaeological research to advance the knowledge of ancient Palestine between the birth of the first cities (ca. 3000 B.C.) and the conquest of the region of Samaria by the troops of the neo-Assyrian Empire (ca. 720 B.C.). For this reason, in 2016, the Universidade da Coruña, the Universidade Nova de Lisboa and the Ministry of Tourism and Antiquities of Palestine signed a scientific collaboration agreement to begin a new stage of research. After 57 years of abandonment, with the support of the Palarq Foundation, a Hispano-luso-Palestinian team returned to Tell el-Far’a in 2017 with the aim of recovering it for science.

The new archaeological project at Tell el-Far’a is scheduled to launch the following lines of study: architecture, urbanism, material culture, absolute chronological sequence, territorial domain, commercial contacts, flora, fauna and natural resources. In addition to scientific research, several actions aimed at the conservation, restoration and musealization of the archaeological site are planned as part of a local development initiative.

The work of the 2018 campaign focused on the study of architecture and material culture corresponding to the Iron Age (ca. 1000-700 B.C.). The analysis of the documentation and information obtained in the last campaign allows us to point out, for the moment, the existence of three phases of occupation during the Iron Age (10th and 7th centuries BC). The most recent phase corresponds to the conquest of the place by the Assyrians. To this period belongs a type of ceramic vase, inspired by metal prototypes, which is interpreted as a luxury object used to drink wine. This pottery was exported from Assur, in the Tigris valley, between the 8th and 7th centuries BC to Palestine. Its presence in Tell el-Far’a must be linked to the seizure of Samaria by the armies of the neo-Assyrian kings Salmanasar V and Sargon II (ca. 722-720 B.C.), cited both in the cuneiform inscriptions and in the Bible.