Researchers at the UAB discover a late period ritual space dedicated to the god Horus in Berenike, Egypt.

The “Sikait Project” team discovers a late period ritual space dedicated to the god Horus in the Greco-Roman port of Berenike, Egypt. 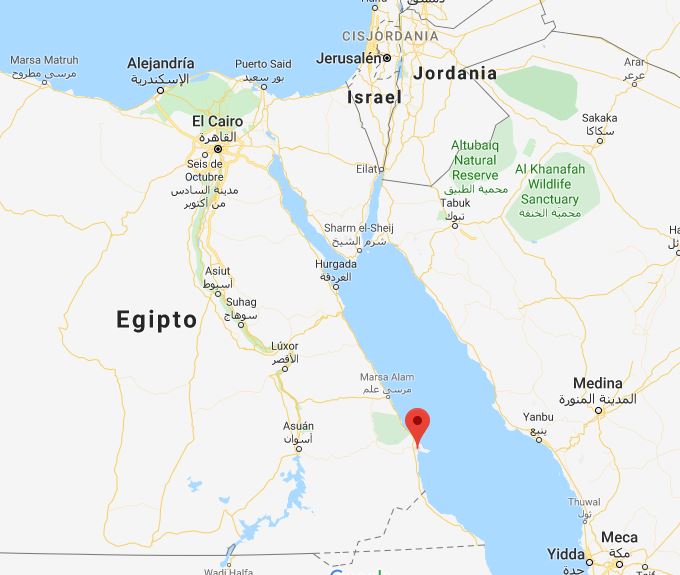 The second archaeological excavation campaign of the “Sikait Project” took place in Egypt last January. This is an archaeological research project focused on the study of the area of the Gemal Wadi National Park (Eastern Desert of Egypt) in Roman times, with special interest in the analysis of the production and marketing of emeralds in Roman Egypt. It is based at the Universitat Autònoma de Barcelona and is composed of a team of multidisciplinary researchers led by Dr. Joan Oller Guzmán.

During the January 2019 campaign, for bureaucratic reasons, the excavation, financed by the PALARQ Foundation, had to be moved to the Greco-Roman port of Berenike, located on the Red Sea coast. It is a site excavated by a joint mission between the University of Delaware and the Polish Centre of Mediterranean Archaeology of the University of Warsaw and in collaboration with the Egyptian Ministry of Antiquities.

The members of the “Sikait Project”, then, joined the American-Polish team and focused their efforts on the so-called “Northern Complex”, a large construction complex located to the north of the city in Roman times, identified by geophysical prospecting and which began to excavate some years ago. Its dimensions and entity made one think of the possibility of being before a space of certain relevance in the city as a whole, with administrative or commercial functions. For this reason, three surveys were carried out in the central area of the building, at a point that could perhaps be identified with a storage space.

However, the excavation made it possible to document a cult-type area with a long corridor leading to a small quadrangular area with a stone altar in the central area. The findings made, including numerous ritual bird depositions both around and inside the altar (including various falcons), a small cubic statue, a votive harpoon or a perfectly preserved stela with Pharaonic traditional motifs, link this altar preliminarily to a cult dedicated to a falcon god or to the god Horus himself. 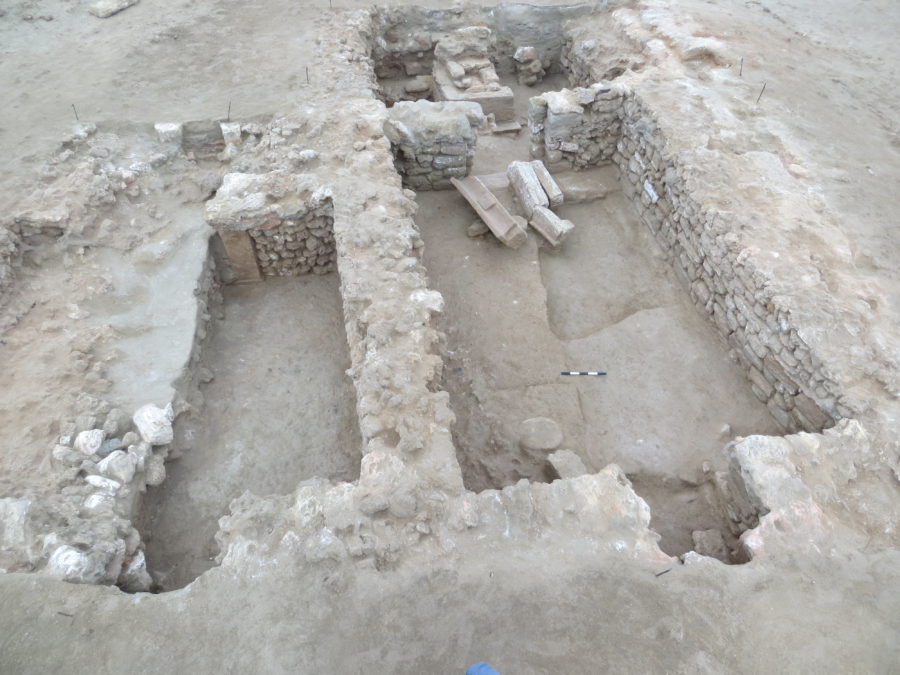 Image of the boreholes after completion of the excavation

This is an exceptional discovery, not only because it allows us to reorient the interpretation of this space within the “Northern Complex”, but especially because it documents this type of cult in a very late chronology (4th-6th centuries A.D.). Thus, although literary sources know of some example of this cult associated with the god falcon in this period and for this border area of late Roman Egypt, archaeologically there is practically no well-documented evidence of it. Therefore, the singularity of the discovery allows us to advance in the knowledge of the religious practices of the population that inhabited this area at the end of the Roman period; a population that the sources identify with the blemios, nomadic groups that from the 3rd and 4th centuries A.D. began to press the Roman border and to exercise a more or less direct control of this area of the Eastern Desert, controlling, for example, the emerald mines and probably exerting a certain influence over the port of Berenike.