Panoría, a key megalithic necropolis for the knowledge of the societies from the past

Palarq Foundation supports the project: Chronology and temporality of funerary practices of megalithic societies: the necropolis of Panoría (Darro, Granada)

Megalithism as a form of identity expression 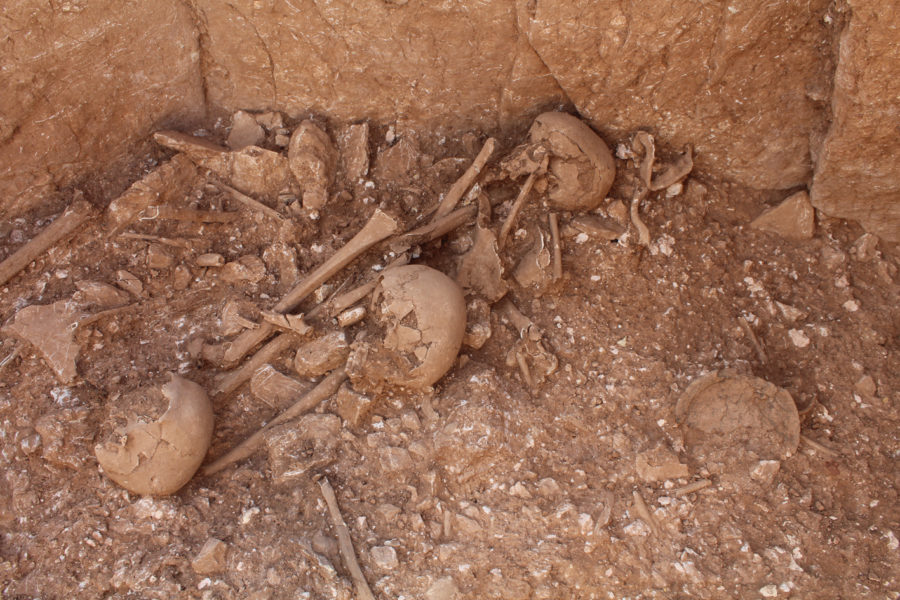 Megalithism is one of the most important cultural phenomena in the history of human societies as it has a global scale. From at least ten thousand years ago to practically the present day, different social groups have found in the constructions made with large stones one of their main forms of identity expression. Thus, in many regions of the world are common large stones driven vertically named as menhirs or grouped in alignments, enclosures or circles. In other occasions, they appear forming chambers of different form and size that are denominated dolmens and that have a funerary sense.

In addition, the megalithic monuments show a new conception of time and space where for the first time the representation of the sacred ceases to be located in nature to be associated with human constructions. Space transforms and humanizes incorporating past, present and future in its definition through monuments created with a clear desire for temporary permanence. Megalithic landscapes are sacred places where human societies found for thousands of years the perfect place for interaction and encounter with the powers of the supernatural.

The Iberian Peninsula has a megalithic heritage of enormous wealth, being the Guadix basin in the province of Granada one of the regions with the highest concentration of megalithic graves in Western Europe. Currently, more than 400 tombs are known, concentrated especially in the Gor river basin. Although the numerous necropolis or cemeteries of this region are known since the middle of the nineteenth century only recently and thanks to research work that incorporates high resolution methodologies has been possible to begin to know some of its main cultural aspects.

These works have been carried out in the so-called Panoría necropolis located at the easternmost point of Sierra Harana, in the town of Darro (Granada). The necropolis consists of at least 19 graves of which 9 have been excavated by the “GEA” Research Group. Material Culture and Social Identity in Recent Prehistory in the South of the Iberian Peninsula“ of the Department of Prehistory and Archaeology of the University of Granada. These are mainly trapezoidal or rectangular funerary chambers built with large stone slabs accessed through small narrow corridors. Particularly noteworthy is the astronomical orientation of these tombs towards sunrise around the equinoxes. The solar displacement throughout the year, the seasons and the cyclic order that these phenomena manifest were thus integrated into the ritual and funerary practices of these populations. 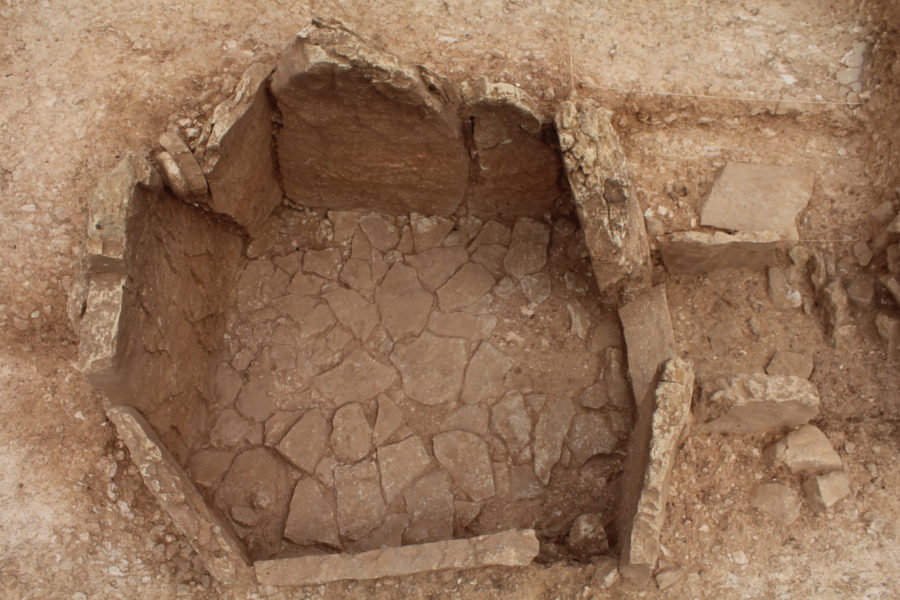 Archaeological excavations have shown that these are places of collective burial, possibly familiar, where most of the anthropological remains have lost their anatomical connections as a result of the reuse of funerary space over time. Associated with the human remains were documented different types of objects such as ceramic pots, arrowheads, flint knives or seashells that were part of the funeral trousseaux. Individuals of both sexes and of all ages were buried, and more than

a single grave. Among the illnesses documented, those of a degenerative type, such as osteoarthritis, which mainly appears in the upper extremities, stand out very especially.

The diet of these populations has been studied from the so-called stable isotopes of carbon and nitrogen. These are indicators present in the collagen of bones that allow us to know the type of food consumed for several years before the death of the individual. The results have shown a diet based on the consumption of plants, animal proteins and dairy products without important differences between the individuals analyzed. It is, therefore, a population with a homogeneous diet and consistent with communities whose economy was based on cereal agriculture and livestock.

Palarq Foundation supports the use of analytical techniques on paleo-archaeological goods.

The main objective of the research project granted by the PALARQ Foundation is the study of the chronology and temporality of the funerary practices carried out in the necropolis of Panoría (graves 3 and 11, see illustrations). For this purpose, radiocarbon dating is proposed, an analysis procedure that makes it possible to measure the approximate date of death of any living organism. Thus, by dating human skeletal remains, the aim is to know when the different graves that make up the necropolis were built, during what period or periods of time they were used and with what intensity, what was the number of generations of users of these funerary monuments or at what time they were abandoned. In this way, the study of chronology and temporality is a key aspect for the understanding of a cultural phenomenon of world scale that has some of its most important manifestations in the Iberian Peninsula.