Did Hannibal and his troops pass through the Pyrenees?

Largest batch of ceramic material ever recovered in the Eastern Pyrenees

Hannibal and his troops through the Pyrenees, a historical episode of first magnitude, today still very poorly known

The Tossal de Baltarga deposit is located in the Catalan Pyrenees, specifically in the municipality of Bellver de Cerdanya, in the region of La Cerdanya (Lleida). It is on an elevation made up of two hills, controlling access to the Cerdanya plain and the Segre river pass, the main axis of the region. It’ s clearly strategic position has conditioned its evolution over time, with a functionality clearly linked to the control of the territory and an occupation that begins in the Final Bronze – First Iron, but with two main phases in ancient times: an Iberian phase (ss. IV-III BC) and  Roman Republican (ss. II-I BC). 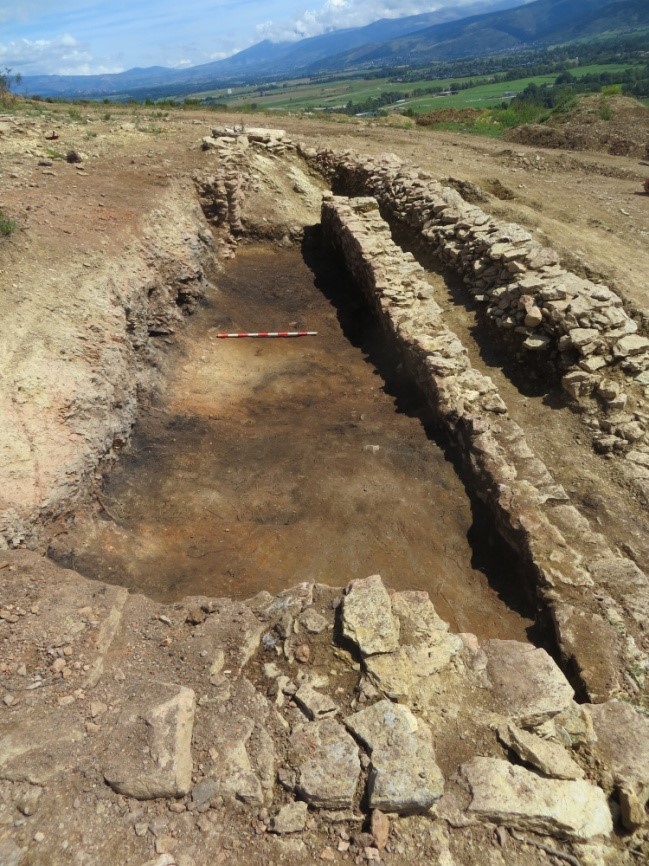 Tossal de Baltarga: Image of Building D during its excavation

Subsequently it had occasional reoccupations in times of conflict in the area, such as during the last phase of the Spanish Civil War (1936-39). The site was documented from performances by local amateurs and from 2011 to the present day it has been excavated by a team from the Universidad Autónoma de barcelona, directed by Professor Oriol Olesti Vila and supported by the Palarq Foundation.

The great interest of the site is to document a very poorly documented phase in the occupation of the Pyrenees, and to show the connection of these territories, always considered marginal, with historical processes of first magnitude: iberization, the 2nd Punic War, Romanization, etc. Far from being peripheral and uninteresting areas, the control and exploitation of the Pyrenean territories was key to understanding the ancient period in the NE of the Peninsula.

The characteristics of the settlement are conditioned by its functionality as a lookout point and territorial control. Thus, in the phases of the ancient period (the only ones with extensive occupation) a nucleus of reduced dimensions (for the moment 0.3 Ha) is documented in the highest part of the eastern hill, formed by dispersed buildings, without a clear urbanism and without a wall or closing wall.

In relation to the Iberian phase, corresponding to the historic iberian civilitation of the Ceretanos, we find various buildings probably associated with a habitat function. Especially relevant would be three buildings (D, F and G) documented in the southern part of the settlement. They are located in a clipping made in the rock, one next to the other, following the slope of the hill. They stand out because in them an important stratigraphic power has been conserved, but especially because their final moment is related to a violent destruction by means of a fire. This allowed the archaeological levels to be sealed, so that during the excavation it has been possible to recover abundant materials on site, including the largest batch of ceramic material ever recovered in the Eastern Pyrenees for this phase.

On the other hand, this preservation made it possible to reconstruct the buildings quite accurately. In this way, it was possible to observe that most of them were two-storey buildings, thanks to the discovery of the remains of the pavement of the first floor and of elements of the roof, such as charred chariots. The upper floor would be linked to the habitat and productive activities and, for example, in the associated levels the crockery of the house was recovered or, in the case of Building G, an abundant amount of weight of loom or pondera, associated to the textile activity. The ground floor, on the other hand, would have a storage or housing function, as demonstrated by findings such as large jars, remains of accumulations of carbonized wheat grain, a mouthful of iron horse or the various skeletons of animals that died during the fire (mainly ovicaprids, but also a dog). The importance of these rooms is fundamental.

On the one hand, it allows us to approach in a privileged way how the Iberian population lived in this area of the Pyrenees in the third century BC, since it will be possible at these levels of destruction to perform analysis of waste, organic and productive remains, in a closed and coherent context. On the other hand, the same chronology of the destruction, located in the last quarter of the 3rd century BC. (dated by C14, the ceramic materials and coins recovered), makes it possible to link it with the phenomena that occurred in this area in relation to the Second Punic War and the passage of Hannibal and his troops through the Pyrenees. A historical episode of the first magnitude, today still very poorly known. 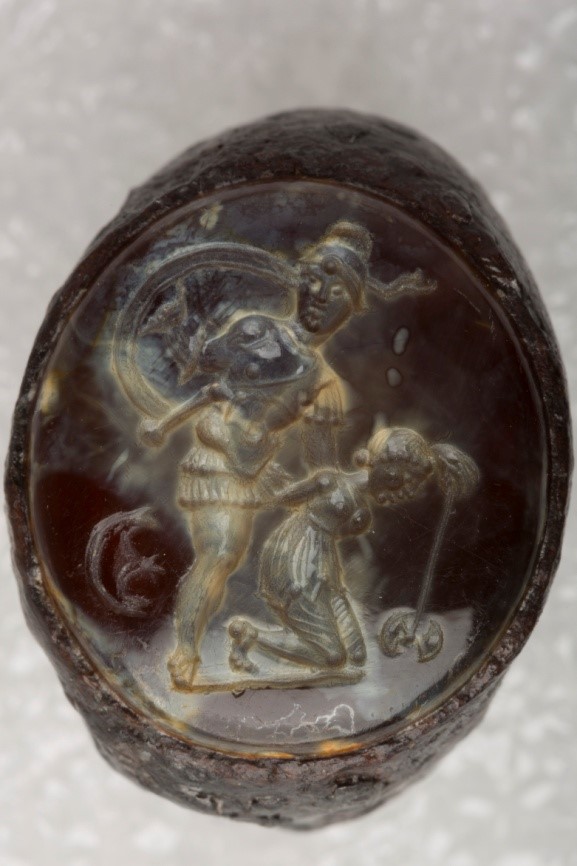 As for the Roman republican phase, after its destruction the settlement was reconstructed, maintaining similar characteristics (several dispersed buildings, without clear town planning or walls), but now organized around a central element such as a notable square tower. It was therefore maintained and reinforced as a lookout point, but now directly linked to the Roman military presence. Around the tower we have different buildings, most of them associated with habitat and productive functions. However, it is important to highlight the recovery of various militaria elements such as caliga nails, lead slingshot projectiles, an extensive monetary lot, imported ceramics and, especially, three rings of military typology. All this refers to the presence of Roman soldiers at this point, probably a small garrison in charge of controlling and protecting this strategic point, located in the passage of a very important trans-Pyrenean route.

It is worth noting the quality of some of these rings, especially the one recovered in Building F, made of iron, but with a preserved semi-precious stone (a sardonyx). It would be a signaculum, probably linked to a military commander of a certain rank, since the richness of the piece (representing a scene from the Trojan cycle: Achilles protecting Pentesilea) seems to indicate this.

The loss of these rich pieces suggests a rapid abandonment of the site, perhaps in connection with the last military movements in the area at the end of the 1st century BC: the civil war between Caesar and Pompey and the last Ceretan revolt in 39 BC. The discovery of denarius by Pompey or Caesar seems to confirm this. After these events, the settlement (like most of the indigenous nuclei of Cerdanya) was abandoned and ceded the protagonism to the Roman city of Iulia Libica. However, the relevance of Tossal de Baltarga in the Pyrenean context is fundamental and both the material findings and the historical interpretation that can be deduced from them have allowed a very important qualitative leap to be made in understanding the processes of iberization and romanization of the eastern Pyrenees.