Building Tartesos is the winning project of the Palarq Foundation Award endowed with 80,000 euros

The research is carried out by the team led by Dr. Sebastián Celestino Pérez, archaeologist of the Spanish National Research Council (CSIC) and the Institute of Archaeology (CSIC-Junta de Extremadura)

According to Antonio Gallardo Ballart, president of the Palarq Foundation: “The winning project illuminates the myth of Tartesos by translating it into reality and bringing the results of cutting-edge archaeological research closer to society”

For Mr. Luis Monreal, director general of the Aga Khan Foundation and spokesman for the Jury: “Tartesos was a plural political entity, interrelated with the whole of the Mediterranean, prefiguring the globality of our times”

Barcelona, 9 November 2018 – The project, as assessed by the jury, which unanimously awards the prize, sheds new light on the importance and extent of the culture of Tartesos (8th to 4th centuries BC) and its enormous relevance to the global history of the Mediterranean. The jury highlighted not only the quality of the research but also the fieldwork and future challenges presented by the project. In the same way, the spectacular nature of the site and its capacity to interest and move broad sections of Spanish society and lead it towards the history of its past is highlighted. The project: “Building Tartesos” consolidates definitively, turning it into tangible reality on the territory, a concept that has been the object of intense scientific discussion throughout a century. The Palarq Foundation’s National Prize for Archaeology and Paleontology, worth €80,000, has received 25 nominations. 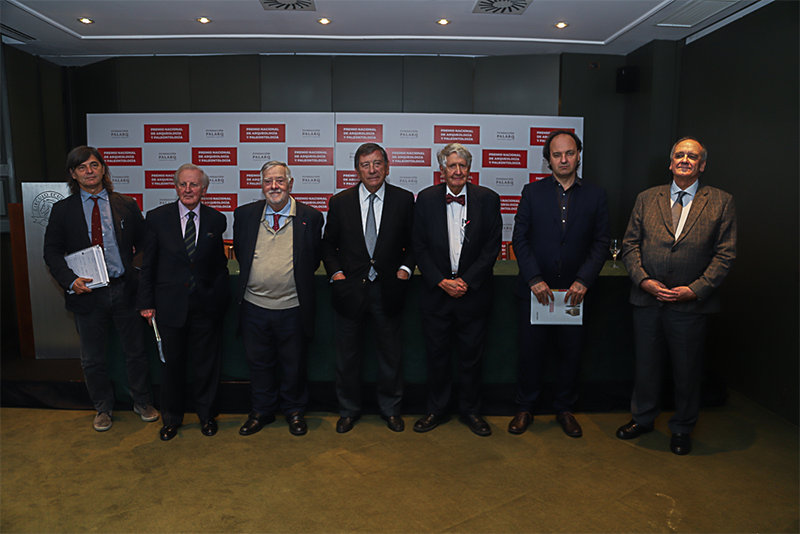 Photo: members of the jury this Friday, November 9 after the verdict was made public

The first documented big animal sacrifice in the Mediterranean

The objective of the project is the architectural study of the constructions of the Tartessian period (8th – 4th century BC). The excavations of the site of Casas del Turuñuelo (Badajoz), to date the best preserved protohistoric building in the western Mediterranean, are inserted within this framework, as it maintains its two floors, which makes it an exceptional case study.

In spite of the fact that only four years have been involved, the site has already had an enormous repercussion given the novel construction techniques used in its construction, among which the use for the first time in our peninsula of lime mortar for the manufacture of the ashlars with which the monumental staircase connecting the upper floor with the courtyard was built stands out. 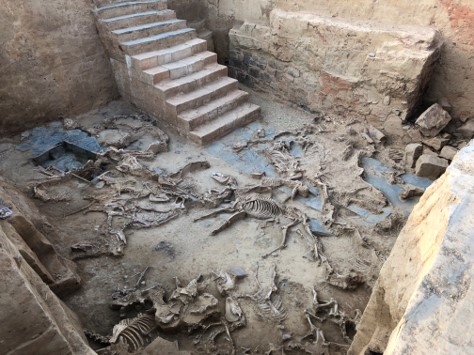 The Casas del Turuñuelo (Badajoz) is the best preserved protohistoric building in the western Mediterranean, as it maintains its two floors, which makes it an exceptional case study

D. Antonio Gallardo Ballart, president of the Palarq Foundation, praised the level of all the projects presented, which show the very high level of Spanish archaeology and said he was confident that the prize would be a stimulus for society and science.

For his part, Luis Monreal, director general of the Aga Khan Foundation and spokesman for the Jury, considers that the award fills a void and is an example for the participation of the private sector and patronage in the promotion of scientific research in this field.

The announcement of the winning project took place after the meeting of the Jury, which deliberated throughout the morning. In addition to the president of the Palarq Foundation, all the members of the international Jury were present at the proclamation of the winner:

The Palarq Foundation National Award for Archaeology and Palaeontology, which is awarded every two years and is the first to be awarded from private initiative and through a foundation, aims to recognise the excellence and originality of Archaeological or Palaeontological Projects, directed by Spanish research teams and developed both nationally and internationally, with no restrictions on cultures or historical periods. The paleontology projects presented had to be related to human evolution.

The process of the aspirants

Entries for the award could be submitted between 10 September and 20 October. Until November 9, the finalists were pre-selected by a Committee of experts to transmit to the Jury the names of the finalists, from which the Jury has selected the winner. The award ceremony will take place on 26 November at 6.30 p.m. at the Museo Nacional de Arqueología in Madrid.

Those research teams belonging to a Spanish institution: universities, research institutes, CSIC, ICREA and similar, who are directing an Archaeology or Paleontology project in Spain, Europe and the rest of the world, in course at the time of the announcement of the Prize, have opted for this award.